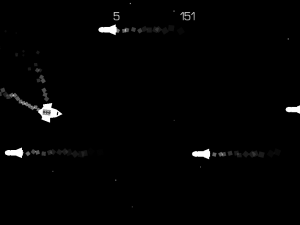 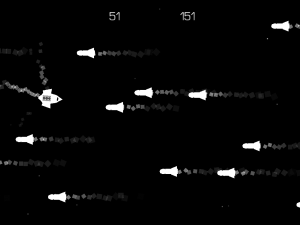 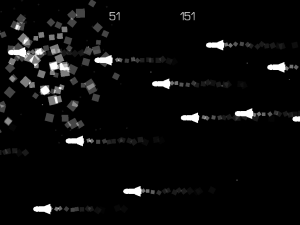 Alternate Function IV is a game of reflexes, skill, and timing. Dodge and weave your way between missiles and get the highest score possible, before your tiny vessel is shot out of the sky. This game was made for Bennett Foddy’s Prototype Studio class at the NYU Game Center. I made it on the sixth of April in an 8-hour jam session, and have since made a few improvements in my limited free time. Sydney Kjerstad has graciously composed and provided an original music track for this game. Thank you Bennett and Sydney!
Alternate Function IV for Windows
Alternate Function IV for Mac OS X

I'm an independent developer and MFA at the NYU Game Center. I am currently making a few interesting games, such as Against the Wall and Asterisk.